The grid system : WHEN BIGGER IS BETTER!

TAKING IT ONE SQUARE AT A TIME
Essential Question: How did the old masters paint large pictures? 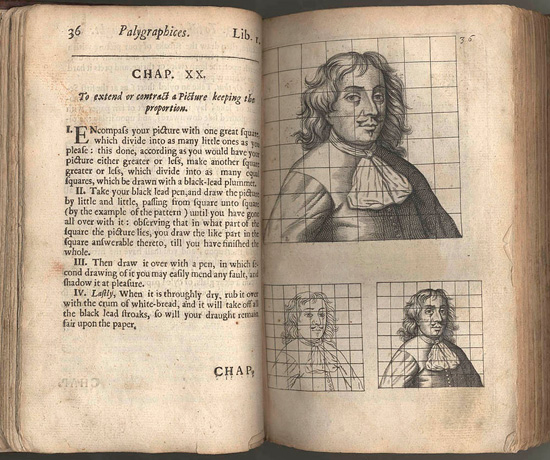 Did you know that the Ancient Egyptians used the grid system? No one really knows where it all exactly started or where the grid system officially came from but it has been used throughout art history and by many artists including famous ones like Leonardo Da Vinci and Vincent Van Gogh.

During the Renaissance period (14th to 16th centuries) artists would use the grid technique. One of the most promenade would be Albrecht Durer. Where he used a drawing machine much like the examples below.
When painting Frescos during the mid 15th century cartone paper was invented and allowed artists to draw small scaled drawings using the grid in their studios. The larger-scaled grid with the same number of squares was then drawn using the same size as the fresco. The smaller drawing was then copied onto the large paper square by square. The holes were poked into the paper with big needles and a sack of coal dust was tapped over the paper. This is known as dusting (spolvero) and would leave little dots which the artist would join together to create the drawing. Also during the Renaissance drawings was transferred onto thin paper and laid over the fresh plaster. The a nail was used to trace the lines and transfer the composition onto the mortar. 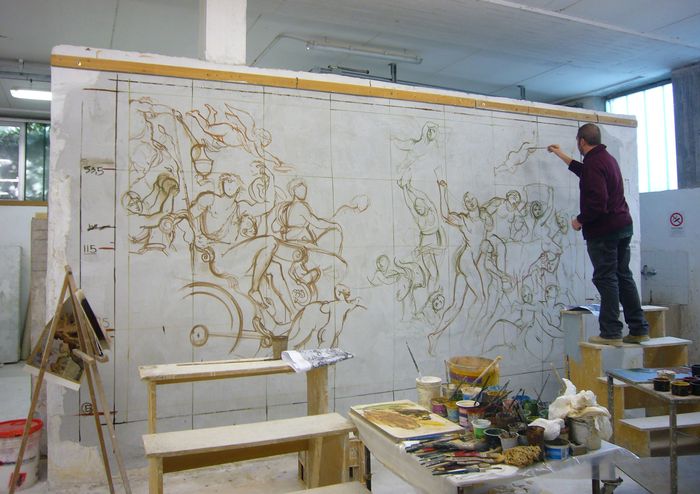 images found at http://www.italian-frescos.com/index.php/tutti-gli-articoli/tecnica-pittorica/come-si-realizza-l%E2%80%99affresco-parte-seconda.html?lang=en only used for educational purpose

​What are the benefits of using a grid system? 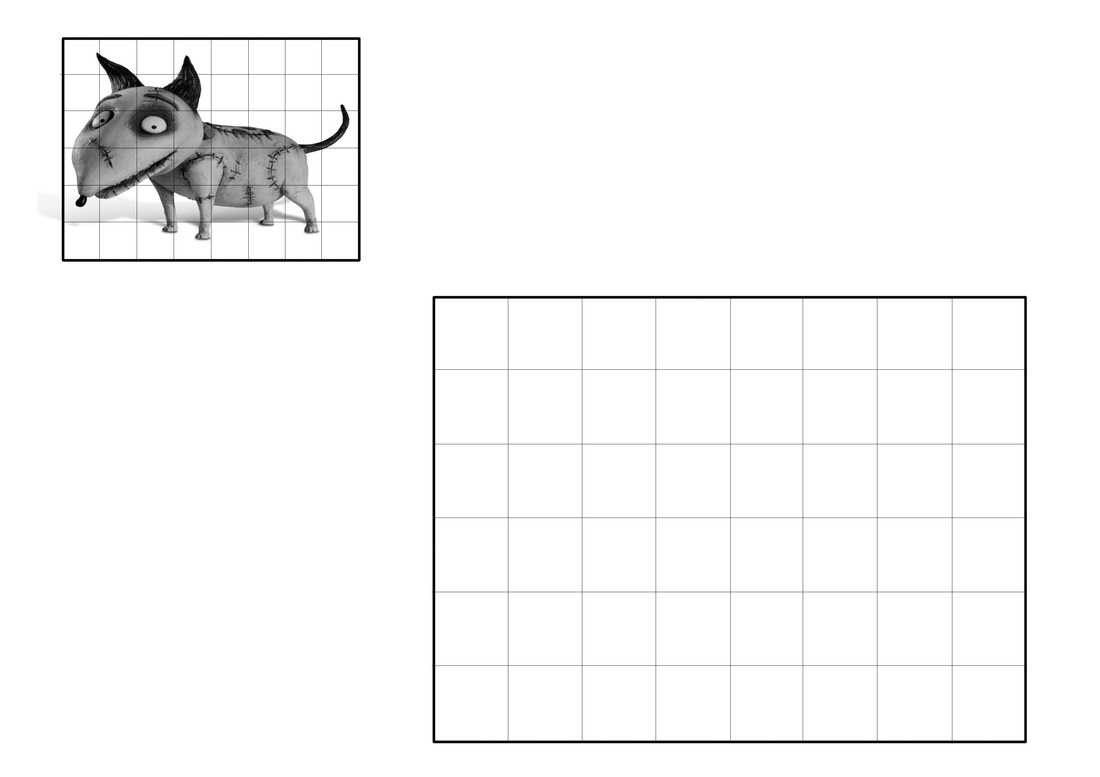